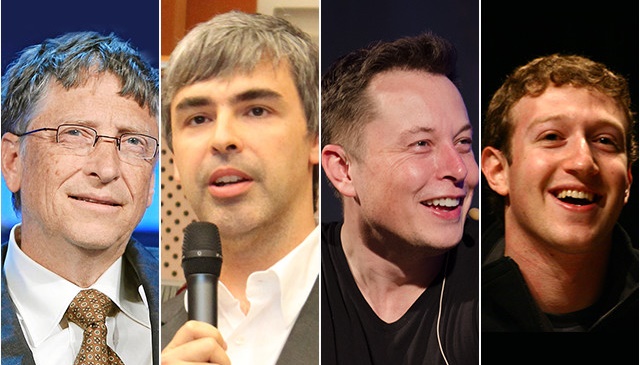 Why are some people more successful than others?

What is their secret?

While it may seem impossible to reach the same heights as the world’s most successful people, the truth is that they’re just that – people.

Their words can inspire you to create your own success story. All you have to do is listen and take action.

#1 – “Move fast and break things. Unless you are breaking stuff, you are not moving fast enough.” – Mark Zuckerberg

I am firmly in the ‘fast mover’ camp.

For example, I’ve launched 500+ products on Amazon while others might have only launched 20 in the same time.

Money loves speed! Now, I am not saying don’t do your research and dot your i’s.

But, I am saying don’t get caught up in analysis paralysis, because you can learn from market feedback and ‘doing’.

#2 – “It’s fine to celebrate success, but it is more important to heed the lessons of failure.” – Bill Gates

Bill Gates often points out that he’s thankful for his past mistakes. They afforded him the opportunity to learn and develop.

If you focus only on success, you can get complacent.

Be happy when things go well, but pay attention to what went wrong, too.

I’ve learnt something from every Amazon product I’ve launched – even the ones that flopped!

Amazon went through a plethora of changes with Bezos. From a simple book-selling platform, it became a multinational corporation.

All because he saw the opportunity and took the chance.   Did he know Amazon was going to work? No, but he backed himself. And, now it’s arguably the most successful company in the world.

#4 – “I think it is possible for ordinary people to choose to be extraordinary.” – Elon Musk

Musk likes to say that anyone can be successful. The focus is on “choice.”

You have a choice to be extraordinary. And, it all starts with the next action you take.