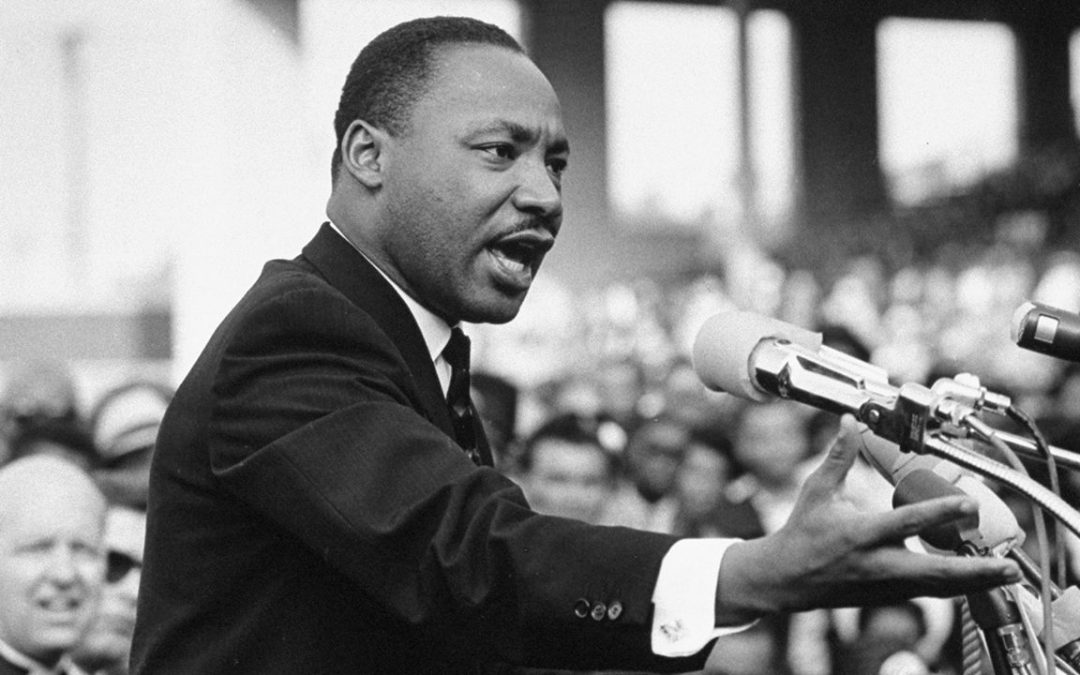 What image does that name conjure up for you?

I’m willing to bet that you’re imagining one of the most outstanding speakers in history on a stage doing what he did best:

Inspiring millions of people with his words about equality of all people.

“…I have a dream that my four little children will one day live in a nation where they will not be judged by the colour of their skin but by the content of their character. (I have a dream today….”

We rightly see him as being one of the best and most influential speakers who ever lived.

Surely, that ability to speak was a talent that he was born with, right?

In his younger days, King was far from being an accomplished public speaker.

In fact, he struggled with the subject, as we can see from the grades he earned while studying at Crozer Theological Seminary.

He took lessons on public speaking twice at the school…

And both times, he got a C grade!

But it’s hardly a grade that indicates that this was a man who would later genuinely inspire millions with his soaring oratory.

It’s those C grades that provide a valuable lesson to anyone who’s tried and struggled with Amazon before:

Your past doesn’t define your future.

Ten years after earning those middling grades, King delivered his “I Have a Dream” speech, which has inspired and continues to inspire 100’s of millions of people.

And to this day, people study that particular speech and consider it a masterclass in public speaking.

King didn’t let a bad grade or experience hold him back.

He learned from it, grew, and became the fantastic speaker we know today.

You can do the same as an online seller.

Whenever you face doubts about your ability to sell products online, think about King and his C grades.

He shows us that we can all achieve greatness through dedication and a willingness to learn from the past.

And of course, it doesn’t hurt to have a helping hand along the way.

That’s why it’s important to seek out the best Coaches and Mentors to help you on your journey!

I hope I can play some part in that role in that for you.